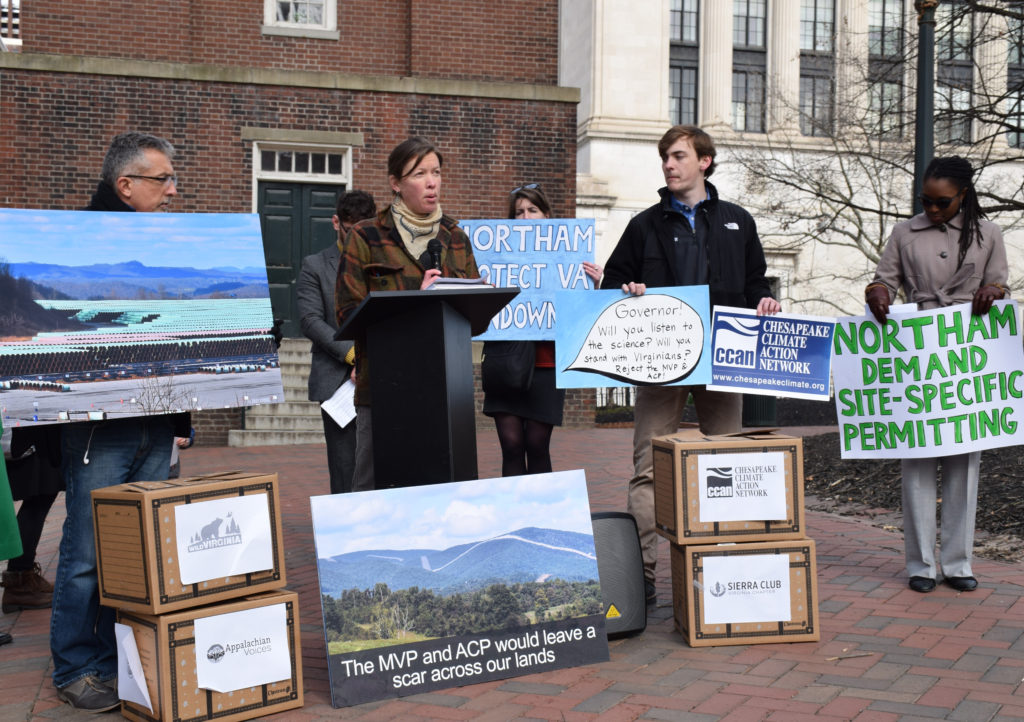 A March 27, 2018, press release from Appalachian Voices describes the delivery of petitions to Governor Northam, asking him to protect citizens from the impacts of the Atlantic Coast and Mountain Valley pipelines.

“At a press conference at the Bell Tower on Capitol Square, citizens presented the Northam administration with more than 10,000 petition signatures from petitions signed by more than 10,000 Virginian residents. The signatories call on the governor to protect the drinking water supplies of countless Virginians from the Mountain Valley and Atlantic Coast pipelines, which would cross streams and other waters more than 1,400 times across the state.

“The group also presented a petition from Change.org with more than 62,000 signatures from other concerned citizens from around the country calling on Governor Northam to reject the pipelines. In addition to the projects’ tremendous climate impacts that affect all Americans, the projects bisect national treasures including the Blue Ridge Parkway, the Appalachian Trail, and many miles of national forest land.”