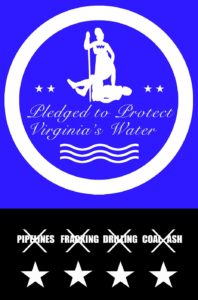 The Virginia River Healers are calling all 2017 candidates to take a pledge for Virginia water security. The pledge focuses on four key water issues that Virginia will face in 2018. Each candidate is asked to take action and stand with Virginians on the following key water issues.

Click here to see which candidates have pledged to protect your water.