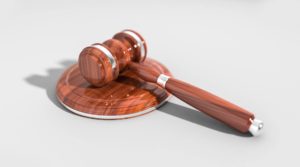 If you were not able to listen to the oral arguments before the D.C. Circuit Court of Appeals on Monday, April 27, 2020, on “tolling orders,” the long-standing practice of the Federal Energy Regulatory Commission (FERC) to delay making decisions on appeals of its rulings, the audio is available here [all 3.5 hours of it!]. In a first for the court, the arguments were presented via telephone before all of the 11 active judges on the D.C. Circuit. The case, Allegheny Defense project v. FERC, had initially been decided 2-1 last August in FERC’s favor by a three-judge panel of the court, but a stinging dissent by Judge Patricia Millet led to the full court to hear the case.

According to Allegheny-Blue Ridge Alliance’s ABRA Update 274, “During the course of Monday’s session, several judges expressed skepticism about FERC’s tolling order policy, which effectively permits a project to proceed in taking property through eminent domain and completing a pipeline before affected parties, including landowners, receive a decision on their appeal of the project’s certificate and, if denied, proceed to appeal it in court. It was not clear, though, what decision the DC Circuit might make in the case. In an amicus brief filed by the Southern Environmental Law Center, Earthjustice, Natural Resources Defense Council and the Chesapeake Bay Foundation on behalf of several ABRA members and numerous affected landowners argued that FERC habitually tolls requests for rehearing in such a way that a timely judicial review is precluded. The brief goes on to note that the practice is inconsistent with the Supreme Court’s evaluation of Access-to-Justice Principles.”