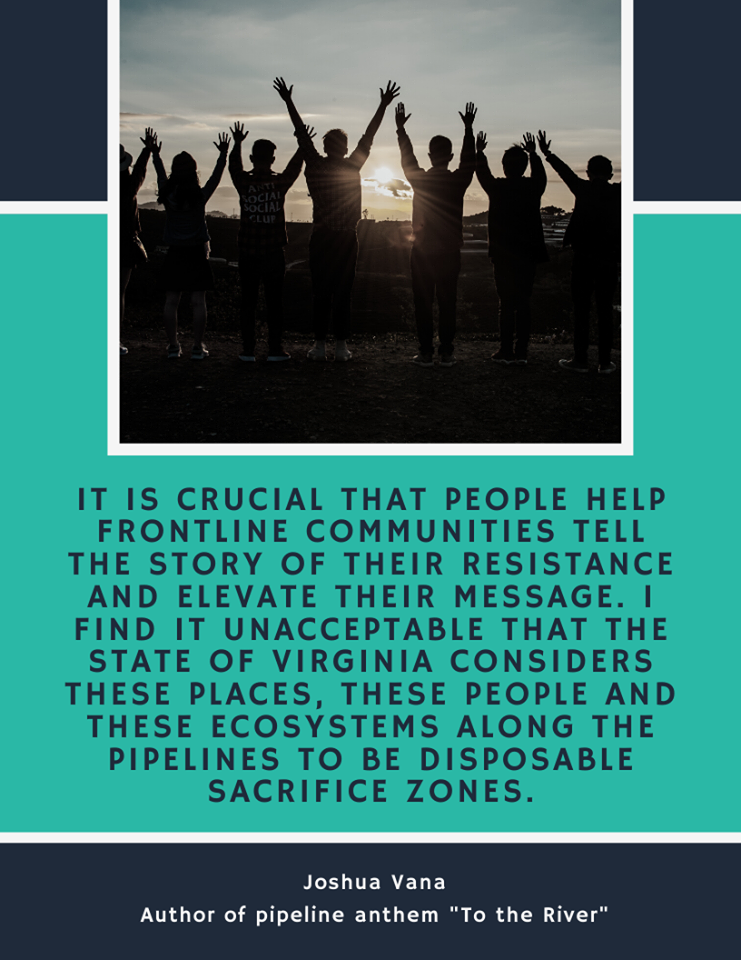 Kathie Mosley, Co-Chair of Concern for the New Generation, stated, “Helping with the courthouse research on the properties forced to host the Atlantic Coast Pipeline and the siting of the compressor station in Union Hill was an eye-opening experience for me.” She continued, “Eleven of the 15 properties in Union Hill are owned by minorities. Seven of the 15 are heir properties.”

Sharon Ponton, BREDL’s Stop the Pipelines Campaign Coordinator said that “heir properties” occur when someone dies without a will, leaving all the heirs as owners in common. With no one having a controlling interest in the property, those families are at a distinct disadvantage when dealing with eminent domain proceedings.

John Laury, a member of Concern for the New Generation, said that Buckingham County’s courthouse records incorrectly identified the shapes of these properties. Laury said, “We needed to prove which properties the Atlantic Coast Pipeline would cross, if built, so we could complete the research for our study. We were surprised to find 73% of the properties are owned by minorities, and that Dominion chose the Union Hill site instead of the 148 acres it first purchased for the compressor station in a mostly white community just a couple of miles away.” Laury’s work helped identify property boundaries on three of the 15 properties studied.

Ponton pointed out that in the early 1900’s there were over 925,000 farms owned by black farmers. “There has been a 97% decline in land owned by African Americans since the 1920’s. Here in Buckingham, these families have held onto these heir properties for over a century, and here comes Dominion threatening the legacy left to them by their ancestors. It is unacceptable to allow this to happen to this community.”

The group plans to deliver a copy of the report to Governor Northam, Attorney General Herring, and David Paylor, Director of the Virginia Department of Environmental Quality later this week.

The context for the study is Virginia 400, marking the history of the slave trade in the United States. From 250 years of slavery, 100 years of Jim Crow laws to the continued subversive policy of siting toxic polluting facilities in environmental justice and other marginalized communities, African Americans and those who live in poverty have been relegated to less than second class citizenship.