Dominion Energy Transmission, Inc. filed with the Federal Energy Regulatory Commission (FERC) on June 22 a new Biological Assessment (BA) for the Atlantic Coast Pipeline (ACP), but designated the information as “privileged and confidential” and thus not available to the public. The new BA, which was developed in consultation with the U.S. Fish and Wildlife Service (FWS), is a necessary step toward the issuance of a new Biological Opinion and Incidental Take Statement (BiOp/ITC) for the ACP, as required under the Endangered Species Act. The Fourth Circuit Court of Appeals had previously twice vacated the BiOp/ITC for the ACP, which led to construction activity on the ACP being suspended in December 2018.

Southern Environmental law Center wrote FERC on June 24 requesting that a public version of the new BA be posted on the FERC docket within five business days (by June 30), in accordance with statutory requirements. 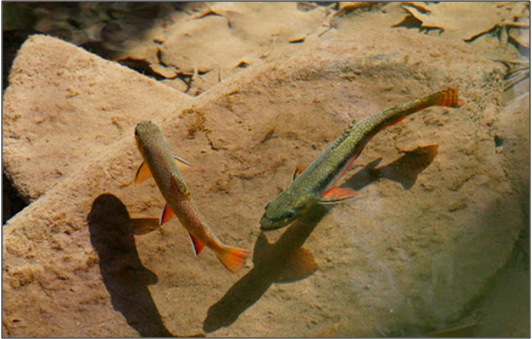 Atlantic Coast Pipeline, LLC’s has contended to the Federal Energy Regulatory Commission (FERC) that bat surveys it conducted in 2015 should be considered “current.” This contention was challenged in an April 2, 2020, letter to FERC by the Southern Environmental Law Center. SELC pointed out that the surveys were valid only for two years, in accordance with established guidelines by the U.S. Fish and Wildlife Service. The SELC letter also a similar problem exists for mussel surveys done by the ACP in Virginia and North Carolina.

For a copy of the SELC letter to FERC, click here.

The Federal Energy Regulatory Commission (FERC) has been urged to reject any request the agency might receive from Atlantic Coast Pipeline, LLC to bypass tree clearing restrictions under provisions of the Migratory Bird Treaty Act (MBTA). In a March 27, 2020 letter, the Southern Environmental Law Center (SELC) pointed out that FERC’s certificate for the Atlantic Coast Pipeline (ACP) called for compliance with MBTA provisions. The issue arises because of a February 2020 proposal by the U.S. Fish and Wildlife Service (FWS) to rollback protections for incidental takes against migratory birds. SELC filed comments with FWS on March 19 on behalf of ABRA and several of its member organizations, taking exception to the proposed FWS changes. The SELC letter points out that ACP had asked FERC in March 2018 for permission to bypass tree clearing restrictions, a request that FERC denied.

A copy of SELC’s letter to FERC, which includes its FWS comments, is available here.

The U.S. Fish and Wildlife Service (FWS) has proposed to largely eliminate protections against incidental take under the Migratory Bird Treaty Act (“MBTA”). The proposed rule would limit the reach of the MBTA’s take prohibitions to activities with the purpose of taking birds. For example, if a power washer cleaning a bridge destroyed bird nests or otherwise harmed migratory birds, that would be permissible so long as the power washer’s purpose was cleaning the bridge rather than harming the birds.

On March 19, 2020, the Southern Environmental Law Center, on behalf of over 50 organizations (inluding Friends of Nelson), submitted comments with a focus on the proposal’s implications for our Southeastern region. Their comments highlight examples in our region where the MBTA’s incidental take prohibitions have played an important role in conserving migratory birds, while also noting some key Southeastern species.

The letter argues that:

The SELC letter concludes, “Reversing course on decades of protections under the MBTA has already caused, and will continue to cause, impacts of significant consequence to migratory birds across the Southeast and the United States. Migratory birds are in steep decline from multiple stressors; many are already at risk of extirpation and face an uphill road to recovery, even with protections against incidental take in place under the MBTA. FWS’s proposed rulemaking will hasten the decline of migratory birds and cannot be squared with the broad protections afforded by the MBTA. Rather than continue with this rulemaking, we urge Interior to withdraw the proposed rule, rescind Opinion M-37050, and work instead on developing an appropriate regulatory program addressing the foreseeable incidental killing and taking of migratory birds.”