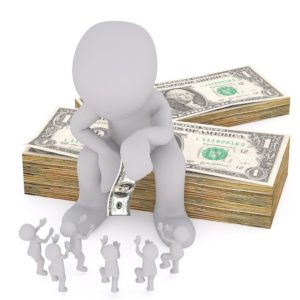 Two recent publications explain in detail (using Dominion’s own data) why the economic benefits Dominion says the ACP will bring to Virginia won’t happen.  (But Dominion, Duke, Southern, and their shareholders will profit.)

Thomas Hadwin, worked for electric and gas utilities in Michigan and New York for many years, leading a department which was responsible for the site selection and approval of multi-billion dollar projects working with state and federal agencies, as well as assuring that all company facilities complied with existing environmental regulations. In Power to the People on September 5, 2017, writes, To Understand Pipeline Economics, Follow the Money.

Using information that the pipeline owners (Dominion Energy, Duke Energy, and Southern Company, the parent company of Virginia Natural Gas, have filed with the Federal Energy Regulatory Commission (FERC), he explains that:

On September 8, 2017, Institute for Energy Economics and Financial Analysis posted IEEFA Update: Atlantic Coast Pipeline Risk Is Being Borne Not by Dominion and Duke, but by Their Customers. “[I]n the three years since the Atlantic Coast Pipeline was first proposed, Duke and Dominion have revised their projections of future electricity demand substantially. By 2025, Duke’s forecast is lower by 10,800 gigawatt-hours (GWh) and Dominion’s by 7,700. These are not small numbers. For context, the 1,585-megawatt combined-cycle gas plant under construction by Dominion in Greeneville, Va.—a not-insignificant project—will generate 11,000 GWh per year. The total downward revisions in demand by Duke and Dominion—18,500 GWh —works out to about 400 million cubic feet per day of natural gas, a sizeable chunk of the pipeline’s daily 1,500-million-cubic foot capacity…. FERC considers a pipeline “needed” if the pipeline developer has found other companies willing to sign contracts to ship gas on the pipeline. Duke and Dominion have met this criterion—but only by contracting with their own utility subsidiaries to purchase the pipeline capacity, an investment risk ultimately borne for by the customers of those utilities.”

Whether it be politics, pipelines, or mystery stories, one gets answers by following the money. With the ACP, the utility companies and their stockholders get the money – and the customers pay more to line the pockets of the companies and shareholders.