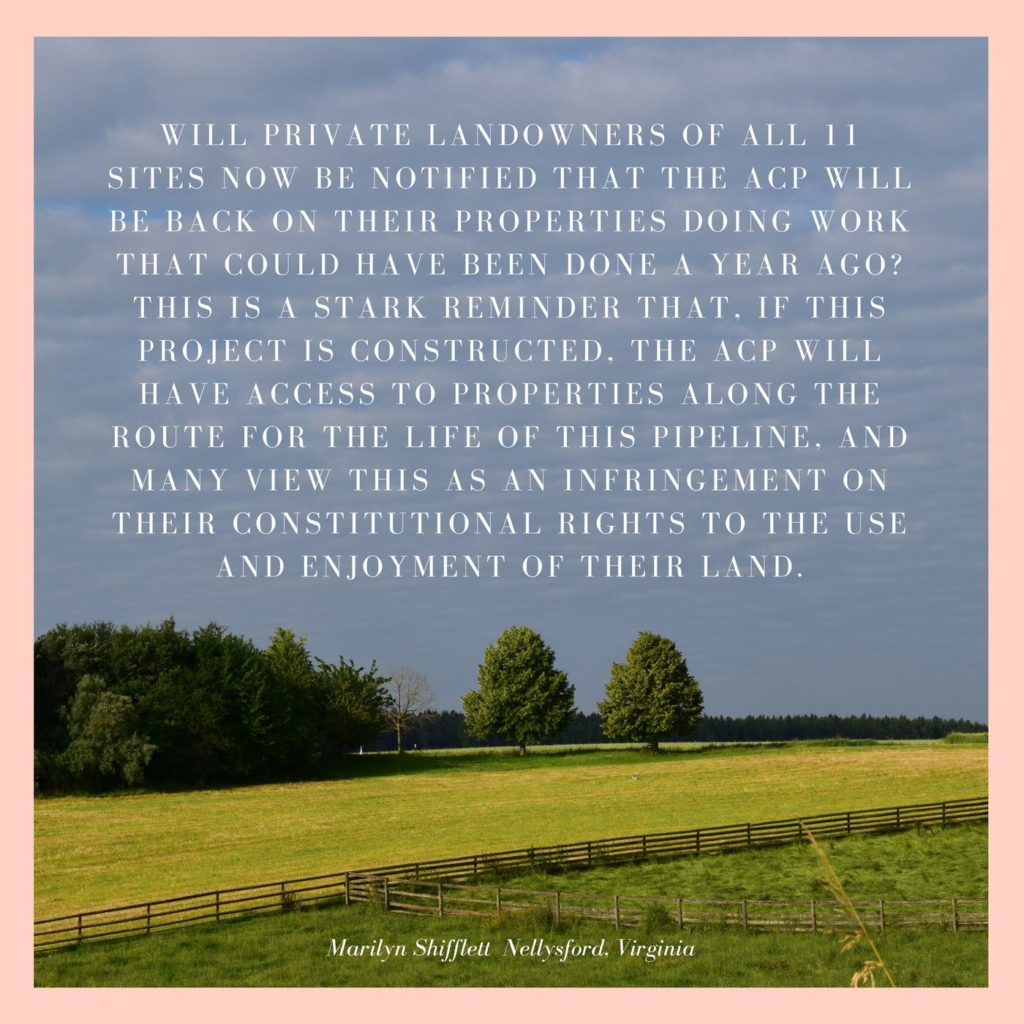 In a Letter to the Editor of the Nelson County Times, published February 14, 2018, Marilyn Shifflett points out the many ways in which Dominion had failed to do their homework when they came to the Board of Zoning appeals on February 5 with applications for variances to cross more than four miles of Nelson floodplains. She says, “I commend the diligence of the BZA and the Department Planning & Zoning staff. I am most grateful for their attention to detail. However, I find myself left with more questions than answers regarding the ACP’s quoted responses” in the press coverage of the hearing.