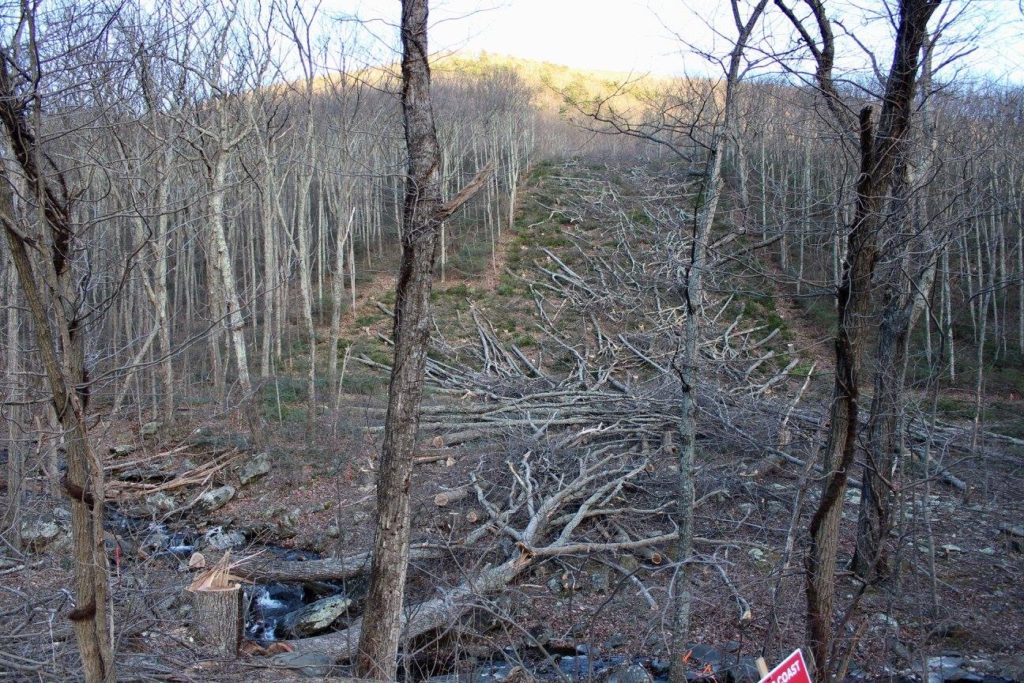 As reported on March 16, 2018, by the Durham NC Herald Sun and by Progressive Pulse, Dominion has asked FERC for additional time to cut trees.

The ACP is seeking an extension to May 15 for tree felling outside of the limitations they agreed to for bats and migratory birds. They say they can’t finish the work by the mandated deadlines. The Herald Sun article says, “Developers initially agreed to the tree-felling restrictions to protect migratory birds, and threatened and endangered species — two types of bats, in this case. The time restrictions vary from state to state but generally prohibit tree cutting between mid-March or early April through mid-September or mid-November. The earliest restriction to kick in was Virginia’s migratory bird window, which started Thursday.”

“It would be unconscionable for FERC to allow Dominion to slide around an important protection merely for the company’s convenience,” said David Sligh, conservation director for Wild Virginia, which is fighting the pipeline. “Too much destruction has already been caused. It must not be allowed to continue,” he said.

As NC Policy Watch points out, “The trees had to be cut down immediately. In fact, it should have been done yesterday. There was no wiggle room, attorneys for the Atlantic Coast Pipeline argued to a federal judge on Wednesday, and delays would cause “irreparable harm” to the utilities. But now Dominion and Duke Energy, co-owners of the ACP, have decided that, well, maybe the issue isn’t so urgent after all.

“According to documents filed today, ACP, LLC has asked the Federal Energy Regulatory Commission for a deadline extension to cut trees that are on private property in the path of the pipeline. This is a major about-face, because earlier this week, ACP, LLC had taken several landowners to court, asking a federal judge to force them to provide access to their property for tree-cutting.”

Should we be surprised by the ACP request? No.

Should we fight back? Yes.