From ABRA Update #213 for January 17, 2019:  “A plan for stabilization measures on the Atlantic Coast Pipeline route during cessation of construction activity on the project was approved January 10 by the Federal Energy Regulatory Commission. The plan had been submitted to the agency in the wake of the Fourth Circuit Court of Appeals December 7 decision to stay the U.S. Fish and Wildlife’s Biological Opinion and Incidental Take Statement for the project. The Southern Environmental Law Center, Appalachian Mountain Advocates and Chesapeake Bay Foundation had written FERC on December 21 asking that the agency to require the company to remove strung pipe from the right-of-way rather than allow it to continue to install pipe along a route that is not authorized by law, but the request was ignored.”

Here’s Dominion’s approach to ground stabilization:  putting new pipe into the ground on January 15, 2019. Note the right angle bend, something to remember when Dominion tells a landowner the ACP can’t divert around some important feature of property. Thanks to the Pamlico-Tar Riverkeeper [NC] for the photo. 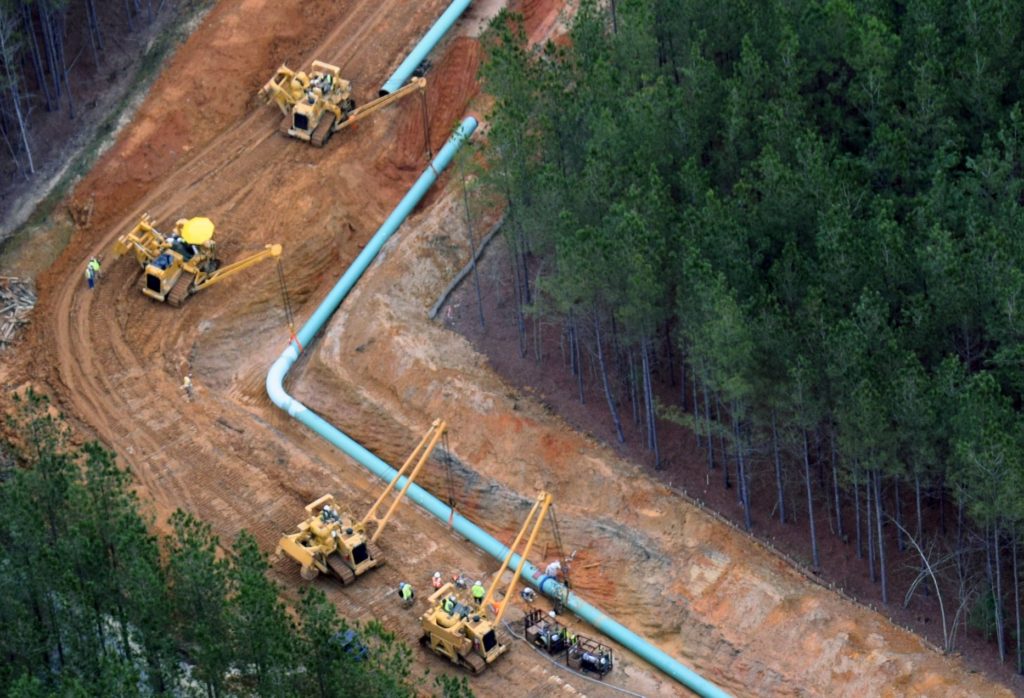