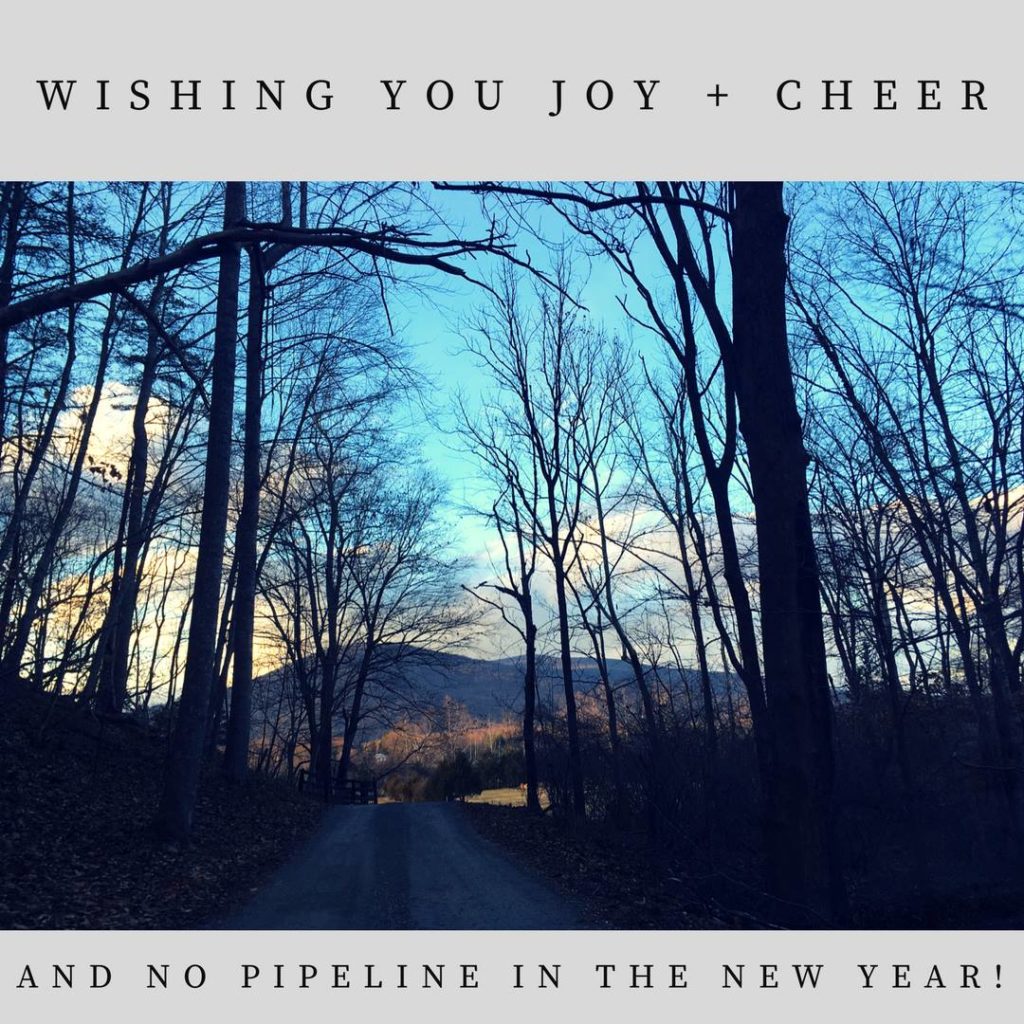 2018 was an eventful year in our ongoing fight against the Atlantic Coast Pipeline – it’s been four and a half years now, and Friends of Nelson and our allies remain strong and determined. We are honored by your continued support. Whether you sent in a check, showed up for a public meeting, submitted comments at a hearing, held signs in protest, wrote a letter to the editor, provided a comment on a news article, expressed thoughts in social media, walked the ‘line’ with us, or participated in any of the myriad ways to spread the message of our resolve – you have our heartfelt appreciation.

Together we have already achieved a great deal.

But there is much more to do. Friends of Nelson will continue this fight in the courts and on the ground. We hope for your continued support through a monetary donation and through participation in one of our 2019 campaigns.

Please start out the New Year by joining us for our annual celebration on January 5, 2019, 6-10 pm (doors open at 5:30) at Rockfish Valley Community Center. Bring a labeled dish to share at our potluck, and bring your dancing shoes – we’ll have live Music by The Findells.

What a year it has been! Thank you for joining us in the journey.