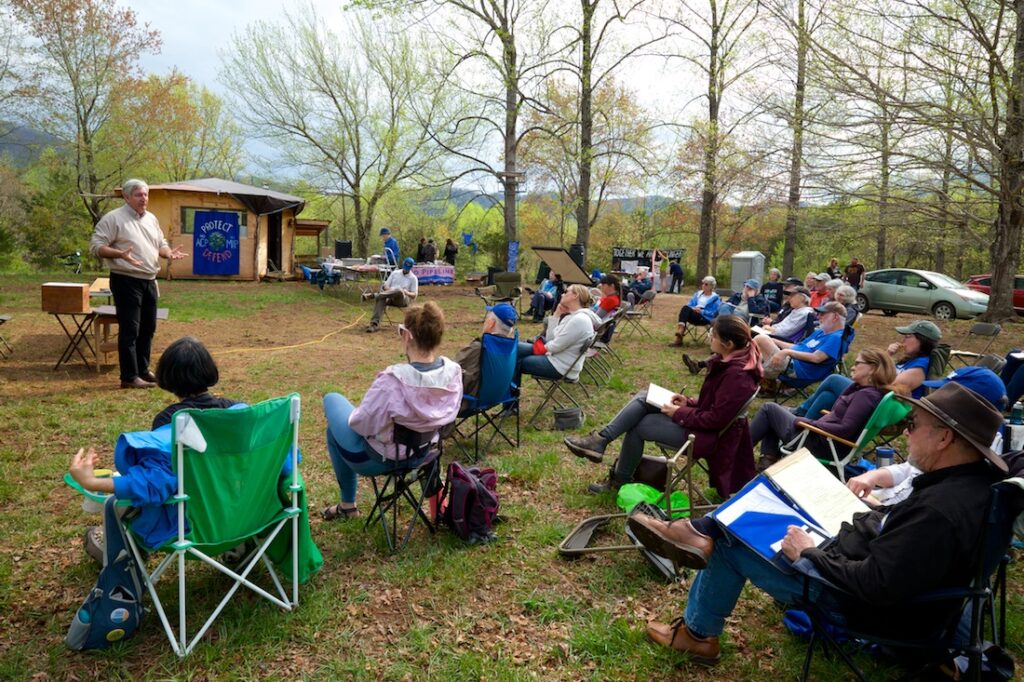 On Saturday April 13, 2019, Friends of Nelson held a day long workshop at Spruce Creek Camp featuring six speakers, a tour of the proposed route across the Blue Ridge Mountains, and hands-on exercises on safe participation in a protest action. The event ended with songs and dancing.

The purpose of the workshop was to inform activists on the current status of our opposition and to plan our future efforts. Speakers were:

The workshop ended with a call to action and a handout with detailed steps for ways informed citizens could express their opposition and fight against the ACP. Of particular concern is stopping Congress from passing a law which circumvents the courts and allows the present proposed route to cross the Appalachian Trail and Blue Ridge Parkway in Nelson County.

Breaking Through News reporter Elaine Rackley was at the event and spoke organizers and guest speakers: