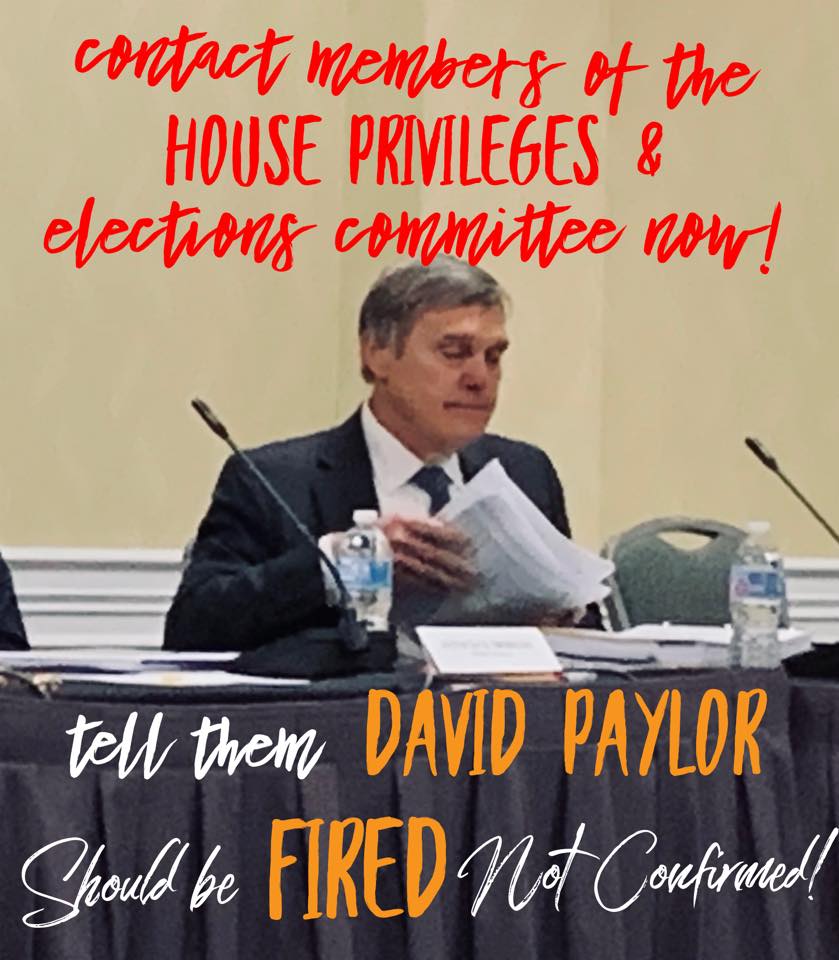 There are serious ethical and conduct issues surrounding Mr. Paylor’s work, especially in the permitting processes connected with the Mountain Valley and Atlantic Coast Pipelines. Act now to oppose David Paylor’s confirmation as Director of the Virginia Department of Environmental Quality! The vote on his confirmation reached the Senate floor and the press on January 21, 2019 (Six senators vote against Northam’s pick to lead environmental agency).

While the House of Delegates may not act on this until after cross over/Feb. 5, they could act at any time. They could act today. Call and email your own Delegate to the Virginia Assembly (Who’s my Legislator? ) and as well as members of the Privileges and Elections Committee. Ask them to oppose the confirmation vote on the appointment of David Paylor as Director of Virginia Department of Environmental Quality as designated in Senate Joint Resolution No. 292 (offered Jan 9, 2019) confirming appointments by the Governor of certain persons communicated May 17, 2018. 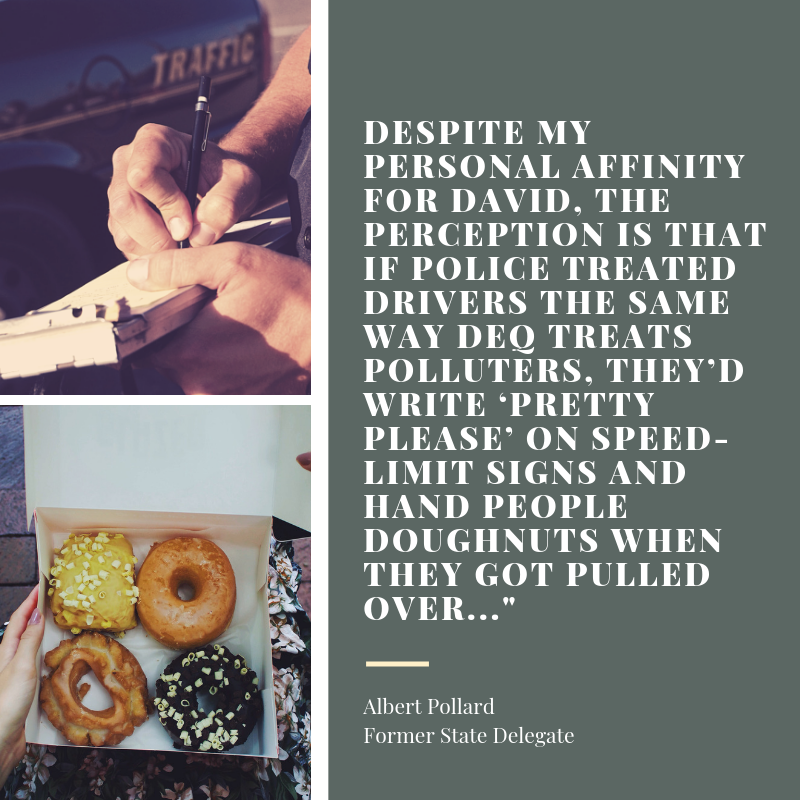