Earlier this year, ACP submitted a Restoration Plan to FERC, delineating how the company proposes to clean up the mess its pipeline project had left behind and asking for a year-long extension to the Certificate of Public Convenience and Necessity so that it can do that work.

There are many problems with the proposed Restoration Plan. In addition to having significant environmental deficiencies the plan does absolutely nothing to restore landowners’ full
property rights.

FERC has opened up a new “Scoping Period” to allow the public to comment on ACP’s
Restoration Plan.

Friends of Nelson encourages all our supporters to submit comments urging FERC to deny ACP’s Certificate Extension request unless the deficiencies in the current plan are corrected.

To learn more about some of the Environmental problems with their plan, we have prepared this summary. If you want more detail, please check out the letter that the Southern Environmental Law Center submitted to FERC a few weeks ago.

A summary of the Easement Release issue, can be found here as well as some bulleted “ talking points ”. For more detail, please see the extensive comments that the Friends of Nelson recently submitted to FERC.

If you wish to use FERC’s e-Comment process to submit short comments (up to 6,000
characters), go to https://ferconline.ferc.gov/QuickComment.aspx and fill out the form. FERC will e-mail you a link within a few minutes which you can use to submit your comment.

If you want to write longer comments using the e-File process, and/or you wish to formally become an Intervenor in this proceeding (we especially encourage landowners with easements on their property to become Intervenors), we have put together a detailed Guide to help you do either or both of those things

NOTE: The Docket Number to use (for both eComments and eFiling) is:

On April 28, 2020, the Subcommittee on Civil Rights and Civil Liberties of the House Committee on Oversight and Reform released preliminary investigative findings showing that the natural gas pipeline approval process used by the Federal Energy Regulatory Commission (FERC) unjustly tramples on the rights of private landowners.

The Subcommittee released a video report outlining its preliminary findings and interviewing landowners Richard Averitt and Maury Johnson, who have battled FERC and pipeline companies to protect their land, and Carolyn Elefant, a lawyer and expert in FERC issues.

In a press release, Subcommittee Chairman Jamie Raskin said, “The deck is totally stacked against landowners who want to defend their family’s land against takeover by private natural gas companies It’s not a fair process. FERC habitually delays its administrative duties to respond to landowner requests so long that those landowners have no opportunity to have their voices heard. By the time they have the chance to speak up, their land has already been invaded and in some cases destroyed.”

The press release states, “The Subcommittee’s investigation found that in the last twelve years, FERC issued a tolling order to every single landowner who requested a rehearing. In every single case, FERC eventually denied the request. On average, 212 days—about seven months—passed between the time a landowner made a request for rehearing and when FERC ultimately denied it. While those cases are tolled, the eminent domain cases can continue, landowners can lose their property rights, and pipeline companies can destroy their land.” 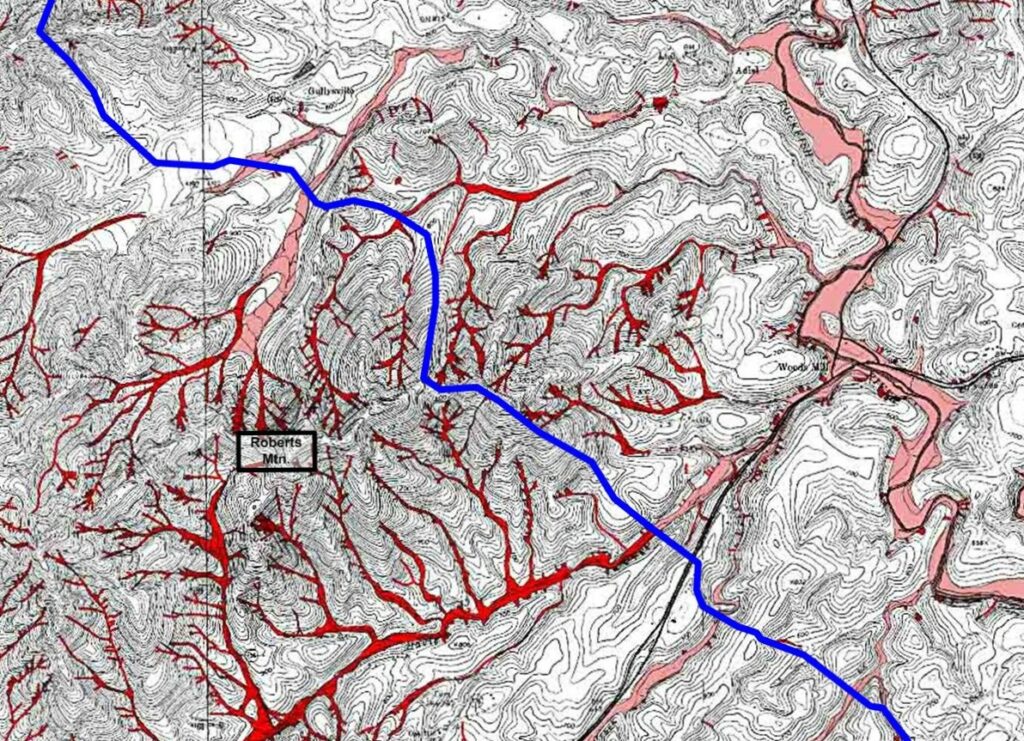 Late afternoon on November 13, 2017, a motion was filed with the Federal Energy Regulatory Commission (FERC) requesting a rehearing of the Commission’s order issuing a certificate for the Atlantic Coast Pipeline. The petition, filed on behalf of 22 organizations (including Friends of Nelson) and 10 individuals, requests that the Commission:

2. Grant Intervenors’ motion for a stay and immediately stay applicants and their contractors from taking any action authorized by the Certificate Order including, but not limited to, construction of the projects (including tree clearing) and any attempt to use the power of eminent domain pending final action on the request for rehearing;

3. Upon completion of the rehearing process, rescind the Certificate Order;

4. Grant Intervenors’ request for an evidentiary hearing concerning the market demand for the Atlantic Coast Pipeline;

5. Before making any new certificate ruling, conduct an analysis of whether the projects are required by the public convenience and necessity, as required under the NGA, that complies with the Commission’s Certificate Policy Statement;

6. Before making any new certificate ruling, conduct a NEPA analysis that addresses the direct, indirect, and cumulative impacts of the projects; provides a robust analysis of alternatives, including the existing infrastructure alternatives; and addresses the other NEPA-specific issues set forth in this request and Intervenors’ previous comments in these dockets.

7. Grant any and all other relief to which Intervenors are entitled.

A copy of the 210 page petition is available on the ABRA website, see https://www.abralliance.org/wp-content/uploads/2017/11/Petition_for_Rehearing_to_FERC_20171113.pdf.

Carolyn Elefant, an attorney representing the Bold Alliance, is also an intervenor in the certificate proceedings for the Mountain Valley Pipeline and the Atlantic Coast Pipeline. On September 22, 2017, she filed a letter with FERC pointing out that the environmental review process for both pipelines closed without any meaningful opportunity for intervenors to raise comments on issues not related to the environment. She states that because the deadline for intervention in both MVP and ACP was 30 days after the original applications were filed, the parties were unable to raise all of their objections at the time because the details of the project were not known, and noting that since each application was filed in 2015, both MVP and ACP have “submitted thousands of pages of additional information in response to (FERC) requests. Thus, it was not until late in the process that the parties have had access to sufficient information to raise all of these issues.”

She continues, “The Alliance has already raised statutory and constitutional challenges in federal district court challenging the commission’s delegation of eminent domain and other issues and believes that the federal district court remains the appropriate forum for resolving the issues raised in the complaint. Nevertheless, in the interest of creating a complete record, the Alliance now submits comments in the two proceedings.”

She then provides a lengthy list of “the particular legal objections that my clients have to the commission’s process in reviewing and granting applications, including to MVP and ACP.”

Read her letter to FERC here (FERC-generated pdf). Her letter was also published in full in the Highland Recorder (subscription required).

On behalf of numerous groups in Virginia and West Virginia (including Friends of Nelson), Appalachian Mountain Advocates filed with the Federal Energy Regulatory Commission (FERC) a motion to intervene in the permit process for the project and a formal protest. In addition, the groups are asking for an evidentiary hearing. In their 50-page filing, the environmental groups describe in detail how the companies presented flawed and exaggerated information about the need for the pipeline, while ignoring the impacts to the environment, landowners, communities and the general public, as well as the economic and environmental benefits of cleaner sources of energy that development of the pipeline would displace. In particular, the project would: