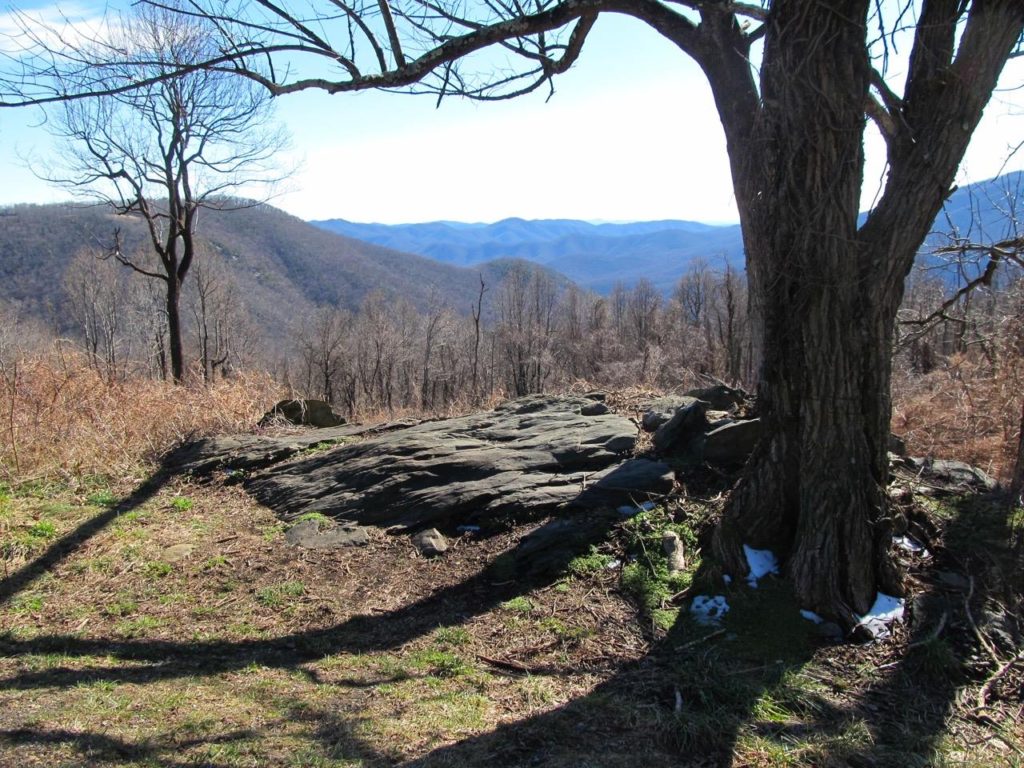 As reported previously, aerial photographs of apparent unauthorized construction work where Dominion Energy proposes to drill through the Blue Ridge Mountains for the Atlantic Coast Pipeline were obtained during recent surveillance flights conducted by the Pipeline Compliance Surveillance Initiative (CSI), a program of the Allegheny-Blue Ridge Alliance (ABRA). Requests for investigation and clarification were submitted to FERC and the Virginia DEQ.

In response to media inquiries concerning “noncompliance with restrictions against earth disturbance and construction prior to receipt of required approvals,” Dominion spokesman, Aaron Ruby, asserted that the company is doing nothing of the sort, and that it is instead doing a geotechnical survey. See Pipeline prep area allegedly being constructed, citizen group files against FERC, News Leader, 3/23/18

CSI Investigator, David Sligh, has responded on behalf of ABRA, objecting to Mr. Ruby’s characterization of the construction activity and noting that over a year ago, when pipeline opponents objected to inadequate geotechnical study of the proposed drilling, Dominion responded by declaring that geotechnical investigation had been “fully accomplished.” See Dominion’s pipeline story doesn’t add up, Letter to News Leader, 3/30/18

The Backstory and a Warning

Dominion intends to drill 4,639 feet through the Blue Ridge under the George Washington National Forest, Appalachian National Scenic Trail, and Blue Ridge Parkway. Dominion’s plans call for use of horizontal directional drilling (HDD) and contingency use of direct pipe installation (DPI) if the HDD operation fails. Given the topographic and geophysical challenges at the site, the Forest Service initially conditioned any authorization for ACP construction on prior successful completion of the proposed HDD or DPI operations. This condition would have avoided a situation in which significant investment associated with premature ACP construction would be put at risk and in direct conflict with established legal protection of highly valued public resources. Should the HDD and DPI prove impracticable after ACP construction is underway, there will be a strong incentive for allowing an open-cut crossing of the Appalachian Trail and the Blue Ridge Parkway.

The proposed drilling operations will have an extreme environmental footprint, requiring extensive excavation for entry and exit workspace, pipe pullback, fabrication, and testing workspace, as well as siting of heavy equipment for pipe handling, and a network of access roads – all on steep mountainsides with multiple stream crossings. As with other aspects of the ACP, the public and regulatory review agencies have not had access to detailed construction plans. The areas and amount of excavation required for construction have been imprecisely specified at best.

The Dominion Pipeline Monitoring Coalition published a report in early 2017 describing both the risk of failure and the unavoidable environmental damage associated with the plans for drilling through the Blue Ridge. This report described the risk factors confronting both the HDD and contingency DPI operations. Although detailed geophysical investigation of the drill path is standard practice for assessing the feasibility of prospective HDD and DPI operations, the information considered during environmental review was limited in both scope and reliability. No subsurface borings were completed at or near the HDD endpoints and geophysical survey data were obtained for less than 25% of the drill path. See A High-Risk Proposal: Drilling Through the Blue Ridge Mountains for the Atlantic Coast Pipeline

Now, we learn that Dominion Energy is belatedly collecting data that should have been collected and made available during environmental review.

Dominion Energy knows how to game the system:  defer collection and analysis of essential environmental data until after the review process is concluded and approvals have been obtained.

Request for Investigation – Submitted to FERC, 3/22/18