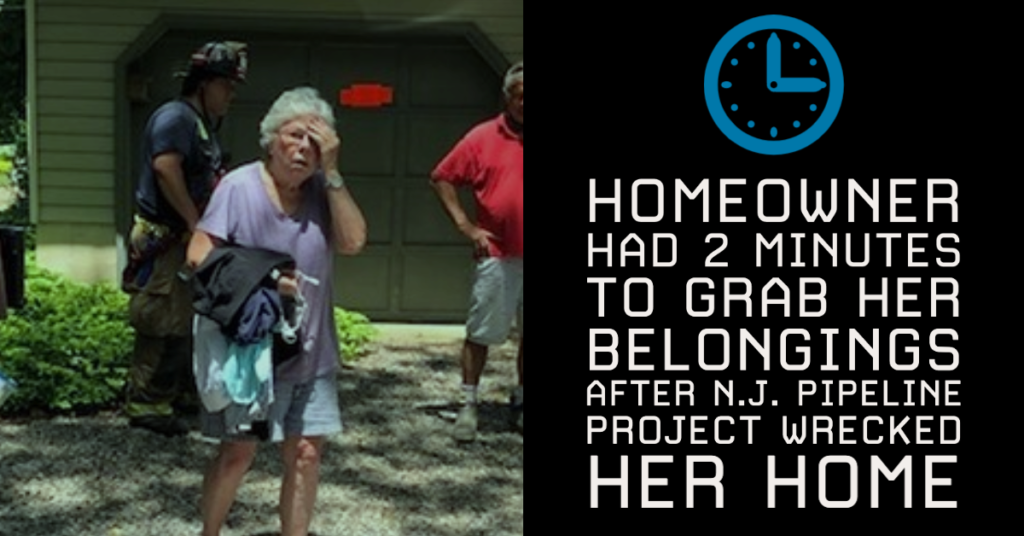 After the cracking sound and the water pouring from the concrete basement floor, building inspectors determined the foundation was crumbling as a crew was doing horizontal drilling 100 feet from her house for New Jersey Natural Gas’ Southern Reliability Link. The inspectors gave her two minutes to take what she could before leaving the house.

An “inadvertent return” is the unintended discharge of drilling mud to the surface through a natural crack or fissure in the bedrock being drilled. A New Jersey Natural Gas spokesman said the drilling mud that leaked was a non-toxic mix of water and naturally occurring clay. Small consolation when the foundation of your house is crumbling.

Horizontal drilling is the same process that Dominion would use to drill under the Blue Ridge Parkway near the entrance to Wintergreen – if they are ever able to resolve the remaining eight legal barriers to ACP construction, and if FERC grants them an extension on the expiring construction permit.

For insight into a few of the other kinds of problems caused by horizontal drilling, see Drilling Mud Is Apparently Difficult to Control and U.S. blocks major pipeline after 18 leaks and a 2 million gallon spill of drilling mud.