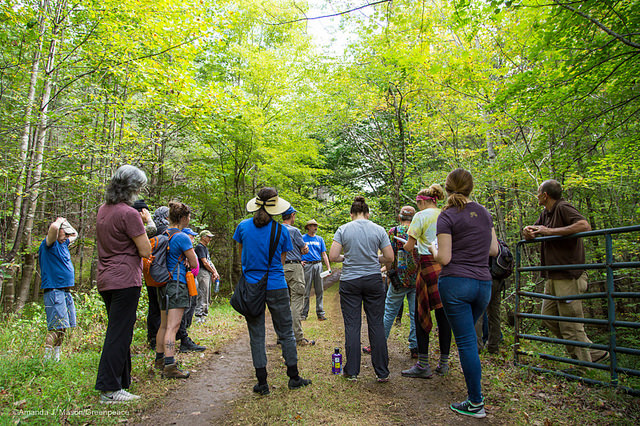 For a report on the No Pipeline! Training Camp, held in Nelson County on September 16-17, 2017, listen to the WVTF coverage (scroll down to the second sound segment), part of their in-depth look at ongoing efforts to stop the proposed MVP and ACP. For some photos from the camp, see the Greenpeace album on Flickr.