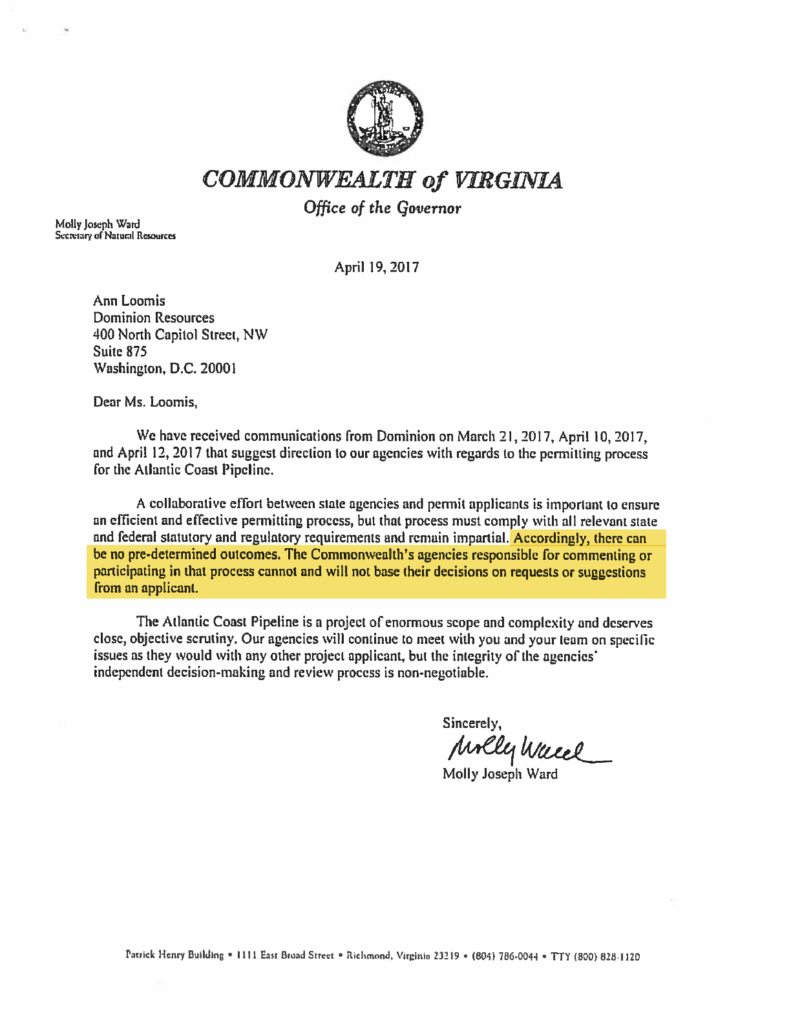 An article in the June 25, 2017, Roanoke Times discusses at length an April 19, 2017, letter from Virginia’s Secretary of Natural Resources, Molly Ward, to Ann Loomis, senior director for federal affairs and environmental policy for Dominion. The letter was received by the newspaper with hundreds of pages received in response to their open-records requests filed with both the McAuliffe administration and the Department of Environmental Quality (DEQ).

The article says, “Attempts by Dominion Energy to sway regulators in the Atlantic Coast Pipeline permitting process prompted a top official under Gov. Terry McAuliffe to notify the utility that state agencies would not heed those efforts,” and quotes Ward’s letter, in which she advised Dominion that state agencies involved in permitting for the proposed 600-mile line “will not base their decisions on requests or suggestions from an applicant.”

Ward added that agencies would continue to meet with Loomis and her team to discuss specific permitting issues, “but the integrity of the agencies’ independent decision-making and review process is non-negotiable.”

Pipeline opponents Rick Webb of Dominion Pipeline Monitoring Coalition and David Sligh of Wild Virginia said they did not receive a similar letter from Ward or the DEQ. Webb said, “Maybe that’s because we’re not asking for anything beyond what is required by Virginia’s statutes and regulations.”