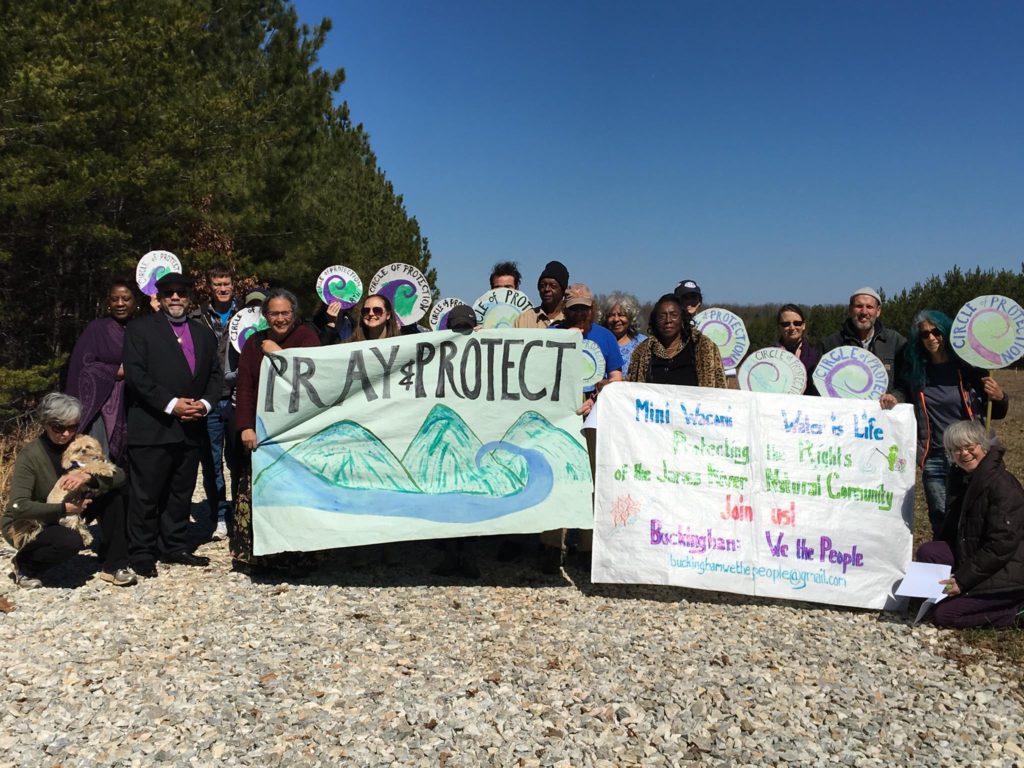 COMMUNITY MEETING: Monday, August 6, 2018, 5:00-6:30 pm, Union Hill Church, with potluck to follow. 1496 Union Hill Road (Route 663), Buckingham, VA 23921. Learn how to challenge and comment on the draft air permit for the proposed Atlantic Coast Pipeline compressor station. The public comment period for the compressor station draft air permit is August 8, 2018 until September 11, 2018. Join neighbors who have researched the facts and bring yourself to the important work of protecting your water, air, health and right to own your own land.

For more information, see our Events calendar entry or Facebook. Sponsored by Water Is Life. Protect It.

The U.S. Court of Appeals for the 4th Circuit in Richmond has upheld Virginia’s much-criticized water quality review for Mountain Valley Pipeline. According to press coverage of the decision in the Roanoke Times and the Virginia Mercury, “The panel of judges rejected arguments from the Sierra Club and other organizations that the State Water Control Board incorrectly found there was a ‘reasonable assurance’ that state water quality standards would be upheld when it issued a certification under the federal Clean Water Act for the project.” The ruling applies to the 500 or more waterbody crossings on the MVP route in Southwest Virginia.

“The construction of the project was exactly that, a large construction project, and the State Agencies very reasonably undertook to protect their waters with the ‘tried and true’ methods developed for just this purpose,” Judge William Traxler wrote for a three-judge panel. “We see no purpose we would serve by stepping in and second-guessing the analytical methods Virginia deemed appropriate to provide it with reasonable assurance that its water quality would be protected,” the 47-page opinion stated.

“We are disappointed in today’s ruling,” the conservation group Wild Virginia said in a statement. “The court relied in large part on the state’s assurances that the requirements in the certification and the enforcement of those requirements would uphold our water quality standards. The facts on the ground in the MVP construction areas in Virginia show all too clearly that those assurances were untrue and unsupportable.”

To date, Virginia’s DEQ has issued six notices of violation against MVP, finding that measures to control muddy runoff were inadequate at construction sites in Giles, Craig, Montgomery, Roanoke, Franklin and Pittsylvania counties, and five similar notices of violation have been issued in West Virginia.

Rep. Sensenbrenner’s (R-WI) Property Rights Bill passed the US House of Representatives on July 23, 2018. An article in The Daily Caller for July 25, 2018, says the legislation “would freeze federal economic development funds to any state or local government that seized property from one owner and gave it to another owner for ‘economic development.’ The Private Property Rights Act, introduced by Republican Rep. Jim Sensenbrenner of Wisconsin in 2017, was co-sponsored by Democratic Rep. Maxine Waters of California and Republican Rep. Brian Fitzpatrick of Pennsylvania. It was an undertaking thirteen years in the making for Sensenbrenner, who first introduced a version of the bill after the Kelo v. New London Supreme Court decision in 2005. It was the fourth time Sensenbrenner had introduced the bill in Congress and the fourth time it had passed in the House.

The Property Rights and Pipeline Center notes that the bill “has passed in the House several times before but has never gotten to the Senate. Also, this bill excepts pipelines meaning it does not cover eminent domain for pipelines. It ends eminent domain for ‘economic development’ (the issue in the Kelo case),” but adds that the term eminent domain shall not include, “(iv) for use as an aqueduct, flood control facility, pipeline, or similar use.”

The full text of the bill is here.

The Property Rights and Pipeline Center works to connect those fighting for their land against pipelines. They want to unite and amplify the voices throughout the land working to preserve our property rights. Friends of Nelson is part of their network.  Sign up for their occasional e-newsletter list here.

First, a communication from Lakota People’s Law Project on July 28, 2018:  “As you are likely aware, on February 1, 2017, Dakota Access LLC called in law enforcement to arrest Chase Iron Eyes and other water protectors on land the company claimed to own. This supposed ‘ownership’ is a point of contention that our Lakota People’s Law Project legal team will address at Chase’s trial this November.

“Now, in a huge development for the case, the North Dakota attorney general has sued Dakota Access LLC, charging that it never acquired legal ownership of that land. A North Dakota state statute expressly prohibits a corporation like Dakota Access from acquiring or owning North Dakota farm or ranch land.

“We Lakota know that the land belongs to us (under the Fort Laramie Treaties of 1851 and 1868). In our latest video update, Lakota Law Chief Counsel Daniel Sheehan talks about the AG’s suit and the impact on Chase’s legal defense. Please watch and share it on Facebook and Twitter.

“A recent article by the Associated Press’s Blake Nicholson quotes our notice to the court: ‘Given that Dakota Access can’t legally own the land under state law, the company had no legal authority whatsoever to direct law enforcement authorities to forcibly remove’ Chase and the others participating in ceremony at Last Child Camp.”

Please watch and share our video with your networks.

Second, a July 30, 2018, article from ShadowProof, Dakota Access Pipeline Company’s Lawsuit Against BankTrack For Sending Letters Dismissed By Federal Judge, says, “A federal judge dismissed a lawsuit filed by Energy Transfer Partners against an environmental and human rights organization, BankTrack, for its advocacy against their Dakota Access Pipeline project. BankTrack is based in Nijmegen, Netherlands, and as the court describes, the organization uses ‘engagement and public pressure to stop banks from financing specific projects it disagrees with.’ Letters to banks financing the Dakota Access Pipeline were organized, and Energy Transfer Partners sued BankTrack for hundreds of millions of dollars. The corporation alleged that BankTrack was involved in “criminal racketeering” and owed damages under the Racketeer Influenced and Corrupt Organizations (RICO) Act. ‘An extreme minority of DAPL protestors committed criminal acts that harmed Energy Transfer,’ Judge Billy Roy Wilson ruled [PDF]. ‘But BankTrack’s letters did not plausibly cause or further arson, bombing, destruction of an energy facility, transportation of stolen property, drug trafficking, “acts of terrorism,” or violation of the PATRIOT Act.’ BankTrack director Johan Frijns said the organization ‘raised legitimate human rights concerns arising from the Dakota Access Pipeline with the banks financing the project. The judge’s decision confirms that this type of advocacy work is legitimate and is not ‘reasonably or plausibly related’ to any acts of criminal conduct,’ Frijns added. ‘We hope the judge will now similarly dismiss the case against the other defendants, and that the ringing rejection of this case will discourage other corporations from launching these kinds of Strategic Lawsuits Against Public Participation.'” 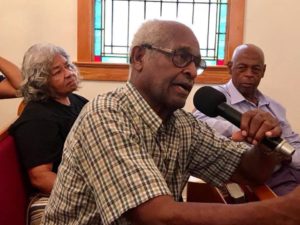 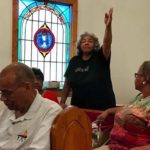 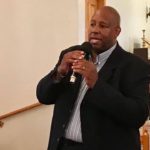 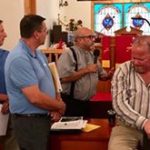 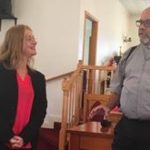 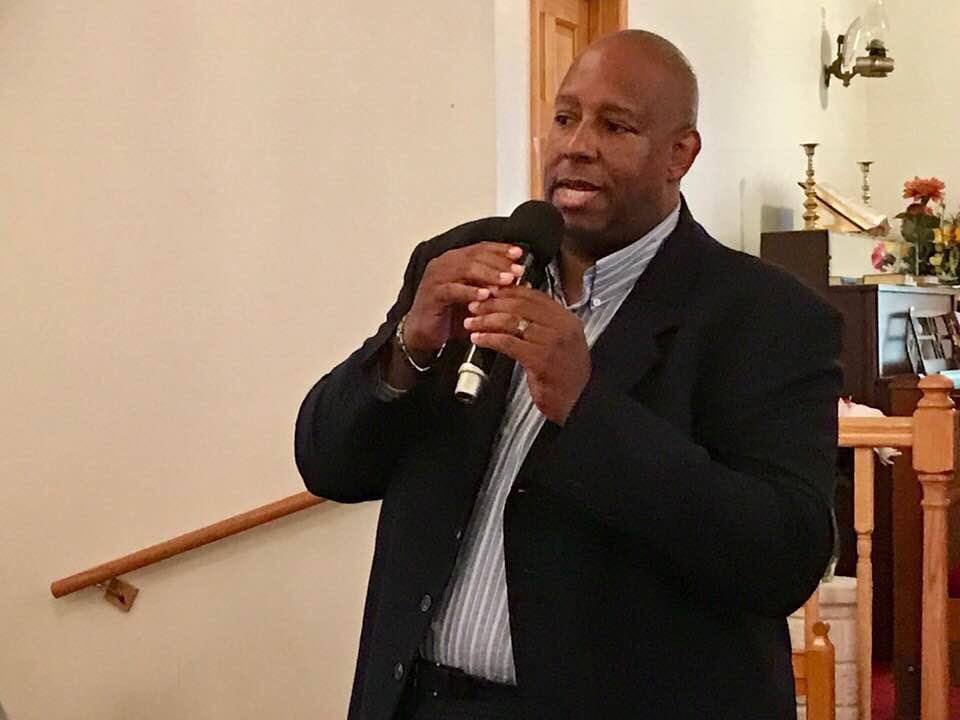 In a letter dated May 30, 2018, the Virginia State NAACP has called on the Virginia Department of Environmental Quality to halt all construction activity for both the Mountain Valley and Atlantic Coast Pipelines.

An article in Blue Virginia on July 30, 2018, says, “The state NAACP statement was submitted to the Virginia State Water Control Board on May 30 as part of a public comment period on the proposed pipelines. It was among thousands of comments submitted by concerned citizens and environmental and community organizations. The NAACP statement has remained hidden from public view because DEQ has failed to publish the ‘public’ comments, pointing to an unspecified security ‘issue’ with its website and the time needed to ‘process’ so many comments. DEQ’s lack of transparency left the NAACP statement and similar submissions largely unavailable – until now. It is yet another example of what has been called DEQ’s broken regulatory process under its longtime director, David Paylor.” (Note that although DEQ has been unable to make comments public, Wild Virginia and Dominion Pipeline Monitoring Coalition obtained most of the 10,000 comments through a FOIA request, and have made them public, something DEQ has been unable or unwilling to do.)

The NAACP letter denounces DEQ for deferring to Nationwide Permit 12 water quality standards rather than applying the stricter Virginia standards, and calls on DEQ to conduct a “comprehensive site-specific stream-by-stream analysis that reviews the cumulative effects of the multiple crossings within individual watersheds.” The letter notes that “socio-economic data and wetland and stream information crucial to conducting accurate and unbiased assessments are missing, inaccurate and incomplete.”

The letter also points out the environmental racism inherent in Dominion’s plan to build the only Virginia compressor station in the African-American Union Hill community. “Established by freed enslaved people, Union Hill relies on a single-source aquifer for their drinking water,” and Dominion and DEQ gave “no consideration for pipeline ruptures which could pollute the single source aquifer which feeds the wells of Union Hill and most of Buckingham County.”

The Blue Virginia article details the many strong public statements by the NAACP against pipeline projects and the ways communities of color are particularly impacted by their construction and operation.