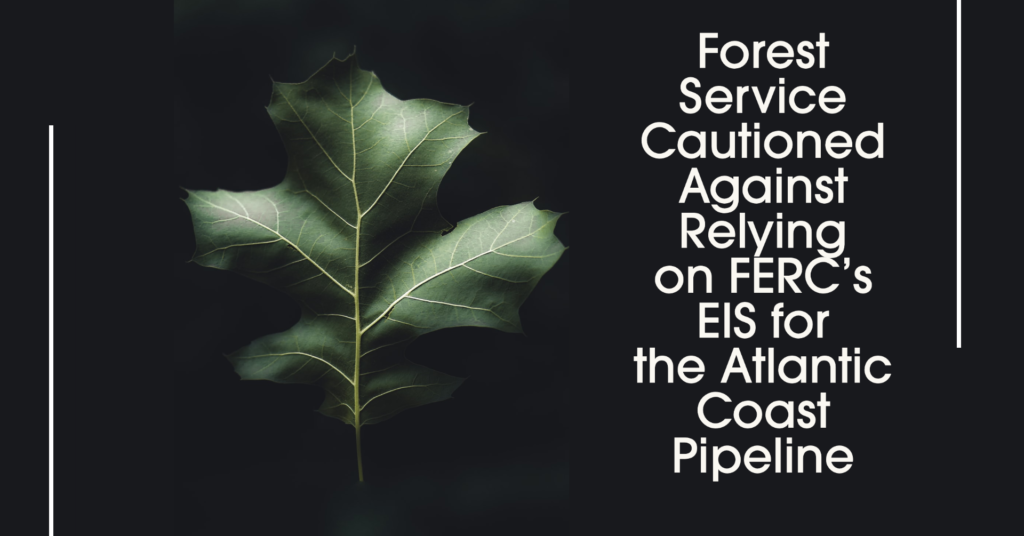 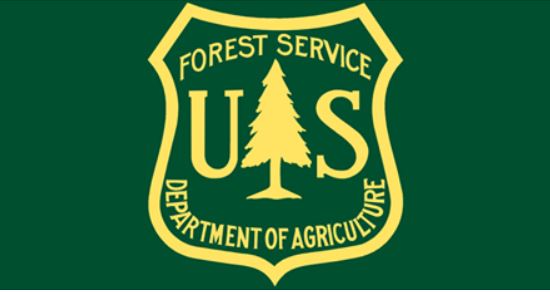 On June 1, 2020, the Southern Environmental Law Center (SELC) filed a request with the Federal Energy Regulatory Commission (FERC) for a supplemental Environmental Impact Statement for the Atlantic Coast Pipeline “to address significant new information bearing on the ACP’s environmental impacts.” SELC filed the motion asking for the EIS supplement on behalf of 16 organizations, including Friends of Nelson.

The motion lists areas in which new information has arisen since FERC issued the EIS for the ACP in July 2017, and says that new information “presents a seriously different picture of the project’s available alternatives and environmental impacts than the one considered by the Commission.”

Issues considered in the motion include:

The motion further states that “In light of this substantial new information, the Commission’s prior environmental review of the ACP is stale and fails to address significant effects of the project. The ACP is far from complete — less than 6% of the 604-mile pipeline has been installed — and cannot be completed without further action by the Commission, including a decision whether to extend the ACP’s construction and in-service deadline of October 2020. As such, the National Environmental Policy Act (“NEPA”) requires the Commission to analyze new information and to disclose its analysis for public review. With this motion, Conservation Groups request that the Commission supplement the EIS to address the new information, circulate the supplemental EIS for public comment, and stay its certificate of public convenience and necessity for the ACP pending finalization of the supplemental EIS.”

Our thanks to SELC for this massive and detailed filing!

Click here for the full motion. Links for the 56 exhibit documents filed with the motion are are included in the exhibit listing at the end of the motion.

On September 4, 2018, Friends of Nelson and Wild Virginia submitted a motion to the Federal Energy Regulatory Commission to “rescind and place in abeyance the Certificate of Convenience and Necessity for the Atlantic Coast Pipeline issued by the Commission staff on October 13, 2017, to rescind the Final Environmental Impact Statement (“FEIS”) for the Atlantic Coast Pipeline (“ACP”) issued on July 21, 2017 in the above captioned dockets, to and to initiate a new DEIS/FEIS NEPA process in this matter.”

The motion states, “Pursuant to NEPA Section 102, 42 U.S.C. § 4332, and its implementing rules, specifically 40 C.F.R. § 1502.9, Friends of Nelson and Wild Virginia move that the Commission rescind and place in abeyance the Certificate of Convenience and Necessity in this matter in accordance with the requirements of the Endangered Species Act, 16 U.S.C. § 1531 et seq. and National Environmental Policy Act, 42 U.S.C. § 4321 et seq. and in violation of FERC conditions placed upon the issuance of the Certificate of Convenience and Necessity. This is necessary because 1) the DEIS published on December 30, 2016 is deemed “so inadequate as to preclude meaningful analysis,” id., § 1502.9(a), as demonstrated by the copious amount of new and crucial information that has been submitted to FERC and emerged after the release of the DEIS, 2) the subsequent vacating of the United States Fish and Wildlife takings permit upon which the FEIS is based on August 6, 2018 and 3) the necessary rerouting of the ACP which will require a full NEPA analysis in lieu of the vacating of the right of way permit by the National Park Service on August 6, 2018.

“Therefore the Certificate of Convenience and Necessity issued on October 13, 2017 should be rescinded and placed in abeyance until 1) a new route has been determined, 2) a revised DEIS is issued that fully addresses and provides the public an opportunity to comment on the significant new information that has been submitted to FERC since the release of the original DEIS, 3) a Final Environmental Impact Statement (FEIS) has been issued, and 4) the project and its National Environmental Policy Act (NEPA) analysis is in full compliance with the Endangered Species Act (ESA) as required by NEPA.”

The motion is followed by 19 items of supporting facts and law, and concludes, “Friends of Nelson and Wild Virginia respectfully request that the Commission grant their motion and rescind and place in abeyance the Certificate of Convenience and Necessity for the Atlantic Coast Pipeline and Supply Header Project, CP15-554-000, CP15-555-000 et.al. and also rescind the FEIS upon which the Certificate relies. In this matter, the Commission must take a “hard look” at all new information and review it in the context of the application. This must include all information required by NEPA including full review of new information by USFWS and NEPA compliant ITS for all required species. It must also include information relating to any route changes required by the vacating of the NPS authorization of the right-of-way permit that NPS had issued to ACP. At such time that a new DEIS is completed, the commission shall initiate a new public comment period for the intended completion of a FEIS. Lastly, the Commission should require Dominion to file all additional information that is vital to the NEPA environmental review before proceeding further.”

The full motion is here.

Appendix 1 contains a motion to rescind or revise the Draft Environmental Impact Statement (“DEIS”) for the Atlantic Coast Pipeline (“ACP”) issued on December 30, 2016.

Appendix 2 contains “a partial list of important information that was submitted by Dominion in an untimely manner, too late to be considered in the NEPA analysis for the ACP and should be considered in a new DEIS/FEIS process. All of these are available on the FERConline website for Docket #CP15-554-000 et.al.”

Appendix 4 is a copy of FERC’s August 10, 2018 denial by Commissioners Neil Chatterjee and Robert F. Powelson of requests for rehearing and Commissioner Cheryl A. LaFleur’s dissent.

In light of the recent decision by the D.C. Circuit Court of Appeals in Sierra Club v. FERC, No. 16-1329 (August 22, 2017), the Sierra Club wrote to FERC on September 18, 2017, submitting a new authority and request for FERC to revisit its impact analysis in the Environmental Impact Statement (EIS) for the Atlantic Coast Pipeline (ACP). The Sierra Club writes that FERC should reopen the evidentiary record for the purpose of taking additional evidence regarding greenhouse gas emissions and climate impacts, and issue a Supplemental EIS. In the course of that process, FERC should also address previously identified deficiencies in the EIS, as well as new information received after the close of the comment period for the Draft EIS.

The 9-page Sierra Club letter, written on behalf of a number of organizations including Friends of Nelson, describes in detail the reasons why a Supplemental EIS is required and why it must also address new information and previously identified EIS deficiencies.

Appended to the letter is a copy of the August 22 decision issued by the D.C. Circuit Court of Appeals.

Read the full submission from the Sierra Club here.