On Thursday June 21, 2018, at 2pm Nelson County Service Authority will hold a public hearing on the proposed water rates in the proposed contract between the Service Authority and Dominion. The contract would allow the Service Authority to sell 40,000 gallons per day of Wintergreen’s Lake Monocan water to Dominion to build the Atlantic Coast Pipeline, specifically for the horizontal directional drilling (HDD) under the Blue Ridge Parkway at Reeds Gap. That’s 29 million gallons of water Dominion wants to buy over the next 2 years to build ACP and use for drilling fluid.

According to the May 23, 2018, article in the Nelson County Times reporting on the Service Authority’s meeting on May 17, which yielded no final decisions on a contract to provide water to the ACP for construction, the board could vote on the contract following the public hearing. A public hearing is required to set the special rates for ACP. The ACP engineer attending the May 17 meeting said the water would be used for HDD, but could be used for other aspects of construction, and the water used as part of the HDD drilling fluid will be “hauled off.” [How? where? what will be done to purify it?]

Below is a map showing Lake Monocan, the proposed source of water for Dominion’s pipeline drilling fluid, and the surrounding area. 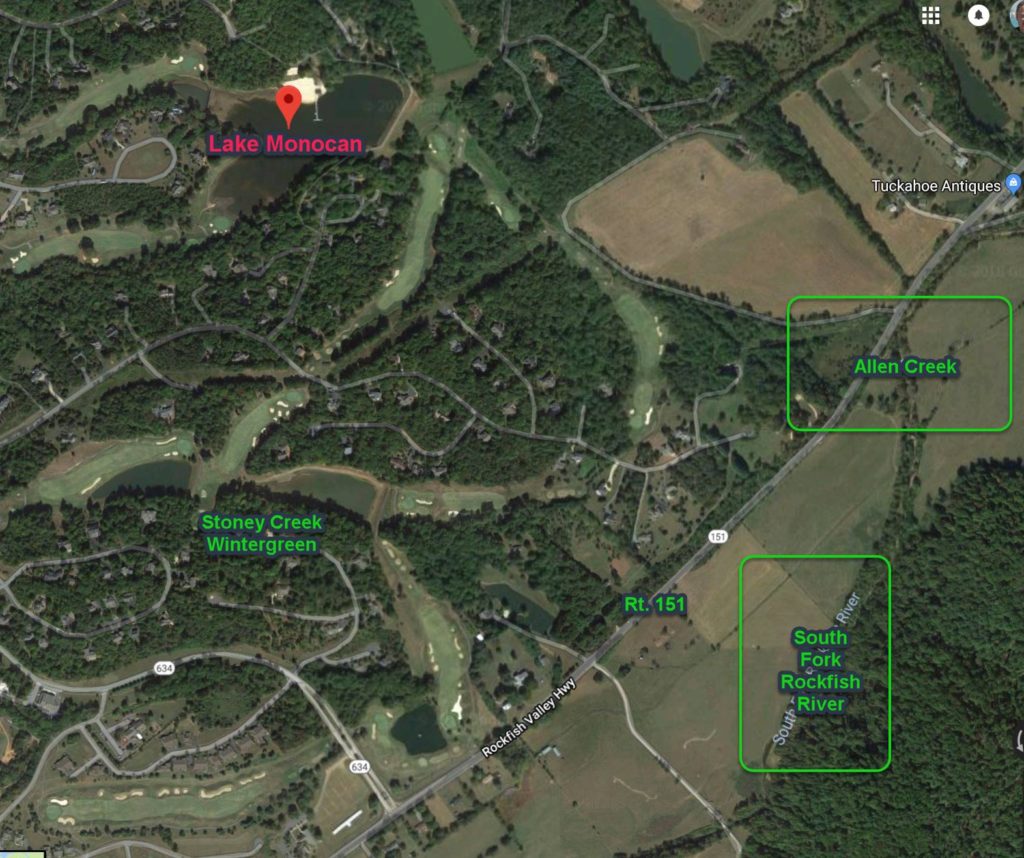